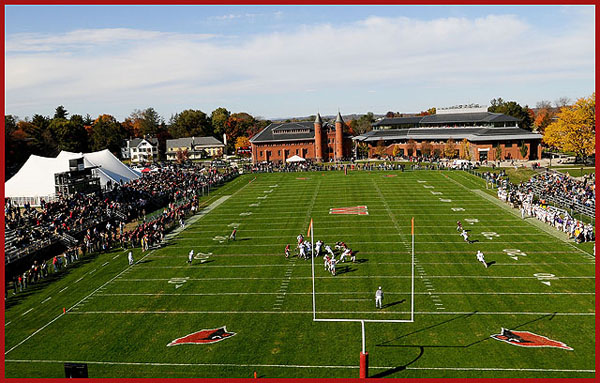 “I think it’s kind of nice, I dunno”, said Carnacki. “I mean, the whole concept of it. A football field that just appears out of nowhere. Like, we could just have a regular football field on Andrus. But we just make one. So, yeah.”

When asked if he likes football, Carnacki said, “Not really. I just think the concept is cool. A field out of nowhere. It’s nice. I mean, you can’t really see the trees anymore. And Foss has a pretty ugly view from behind the bleachers. But, whatever. Still cool.”

Carnacki reportedly also likes Dr. Pepper. “Like, is it cola? Is it root beer? I don’t know. I just think it’s interesting that it’s kinda both and neither. I don’t really drink it, but I respect the idea.”