1. You know a lot about wine

3. Your lungs are slowly morphing into gills

4. You call any form of transportation “The Metro”

5. You have a fundamental understanding of how the British Empire irrevocably shaped the Western world

7. You have been breathing underwater for 19 successive minutes now

MIDDLETOWN, CT — For the better part of a decade, Wesleying has clung to relevancy among the smorgasbord of student publications with its state-of-the-art points calculator, allowing students to budget their meal plan without going hungry. (Anything less would be dangerous and irresponsible.) However, the Groundhog has been encroaching on Wesleying’s turf since 2016 with its own brand of humorous content. Now, the coup is complete with the launch of the Groundhog’s very own Points Calculator!

The Groundhog’s Points Calculator is a text-in service, personalized to your own eating habits. This cutting-edge technology will not only approximate how many points you have left, it will also guess what kind of food you’re most likely to spend your points on. Instead of ordering a Buffalo Chicken Salad from Summies to eat in your room alone, you can find out exactly how many more “salads” you can order this semester before begging on the staircase of Usdan! Simply text your number of points to 832-657-7117 and we will respond with exactly what you need to do to last out the semester.

Ex. “I have 500 points left and five weeks left in the semester!”

“Help! I only have 200 points left and it’s not even Thanksgiving!”

“Will my 1000 points plan last me through the spring?”

Well there you have it! Sorry, Wesleying— you still have the Star and Crescent Menu.

Thanksgiving is coming around and one thing is on all of our minds. I know what you’re all thinking. Which of my cousins is it ok to hit on at dinner? Which of the people I am related to is it ok to do the nasty with? I spent the past three days scrolling through instagram, Grandma’s facebook albums, and local incest laws, so I consider myself pretty much the expert. Here are my findings:

Paul – Paul is an interesting case, in that I could totally fuck him if I wanted to, but really have no interest in it. Yeah he’s my brother in law’s friend from college, but why take the risk of familial embarrassment for a guy who wears polo shirts tucked into basketball shorts and calls everyone “babe”?

Krista – Kind of the Bermuda triangle here. Not sure what to make of Krista. She’s a second cousin, so it would be legal in some states, and but I’m not sure I’m into it. Would only fuck if Darren turns me down.

Darren – The fucking dream, Darren married my third cousin and has a bod that simply REFUSES to quit.

Jamie – I think of Jamie as kind of a project. Very related, but not quite hot enough yet. Give it a few years and Jamie could become a real Darren situation. I have high hopes. Maybe next 4th of July barbecue?

Terry – Real nightmare scenario. Not only is Terry like a brother to me, but he has a gross mustache and only eats things that have way too much garlic on them. Terry gets a 0/10 on fuckability

Pete – Oh Pete. Pete, Pete, Pete. So hot, and yet so closely related. Is it worth it? God, I hope so, I already instagram dmed him “excited for thanksgiving lol 😉 ;)” 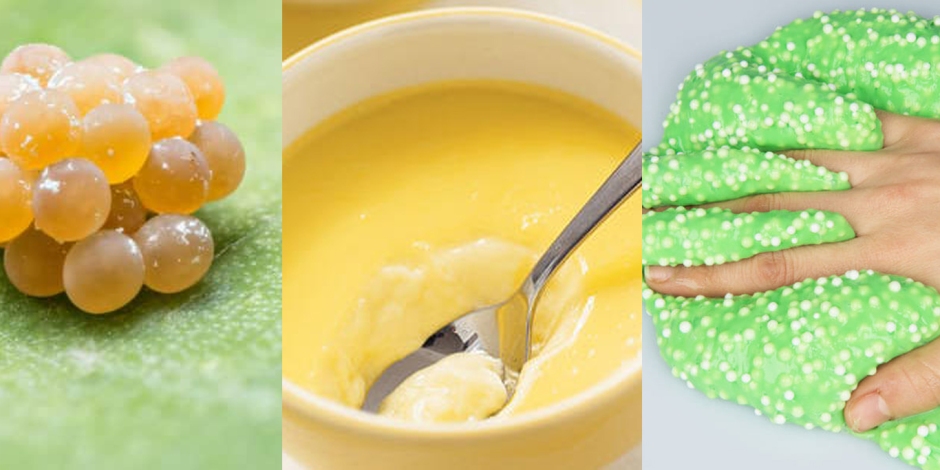 PORTLAND, ME — I’ve been wondering for quite a while, and I think I’ve come to the conclusion: What are boobs made out of, actually? Some people have them, some people don’t, but no one knows what’s actually inside them. I did some research, and these are my best guesses for what boobs are actually made of: 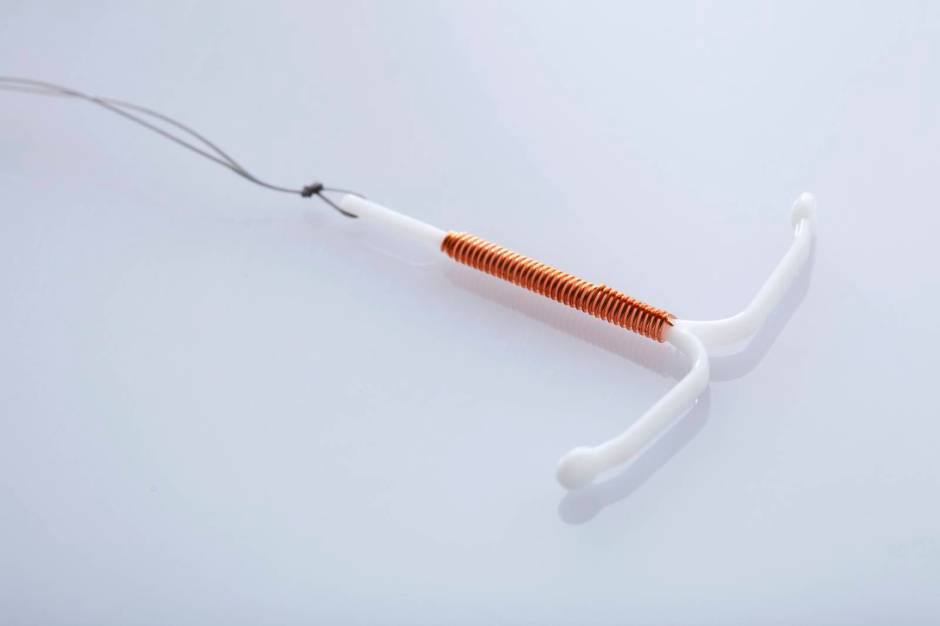 WASHINGTON, D.C. — With the recent Supreme Court nomination of Brett Kavanaugh putting American reproductive rights at risk, now is as good a time as ever to think about long-term birth control. The next few years could descend into a trash fire at any moment, and the last thing you want is an intruder in your womb to deal with. Here are five reliable options to keep the bun out of your oven when the Russians take over:

The Mirena IUD is a hormone implant that lodges firmly in your uterine wall, and prevents fetal inconveniences for up to six years. In the frightening event that Trump wins his reelection, this IUD will cover you throughout his whole term!

This hormone implant goes in your arm instead of your vag, which makes insertion a little less invasive and terrifying, but the side effects even more pronounced. Being a woman is amazing! The arm implant lasts up to four years, which means that assuming Planned Parenthood is still open four years from now, you’ll have to make another appointment!

Unlike the above options, the copper IUD doesn’t rely on hormones, but still causes painful and inconvenient side effects anyway! We love an inconsistent bitch. The plus side is that the copper implant lasts for up to 12 years, and depending on your age, you might be barren by the time it wears off anyway. Most dictatorships get more lax after the first decade anyway, so this option might be perfect for you and your rapidly declining political situation!

At some point, the only way to get through this shit is to pull a reverse Handmaid’s Tale and create your own woman-led society in the sewers. Without any men to impregnate you, there’s no need for birth control in the first place!

Let’s face it: you’re a millennial. You don’t want to bring children into this world anyway. Just commit to wearing crocs 24/7 until shit blows over. It’s cheaper than getting your tubes tied, and you can accessorize with some fun Jibbitz. 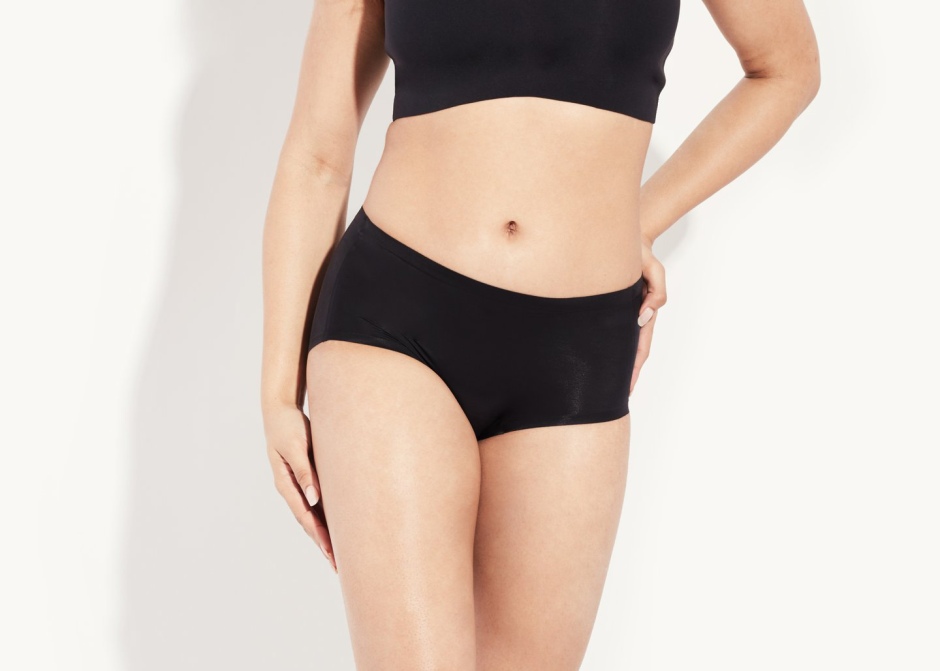 LOS ANGELES, CA — Liberal arts colleges around the nation have been the forefront of challenging gender norms. Men can wear nail polish, women can gaslight, anything is possible in the year 2018, except maybe your professor respecting your they/them pronouns.

Men, especially, are opening up to previously taboo forms of sexual pleasure, and women are once again pushing the envelope of feminine presentation. How do you celebrate your newfound gender fluidity? By commercializing it, of course. These three “boy short” underwear sets will send the message that you’re not afraid to look “masculine,” and also that you know your way around a strap-on.

Nothing puts your lover in the mood for artificial dick like making your vagina disappear entirely. When you get rid of the alternative, he’ll be bending over in no time.

MIDDLETOWN, CT — Wescam season is well under way, and well, things are moving a little slower than you’d like. The cute person in your stats class has made eye contact with you twice, and the crush on your hall didn’t say “Hi” to you in the bathroom. Then, all of a sudden, the stars align. Your crush watched your snap story! It was a really funny one, too. Things are going so well for you, how do you even stay humble about it?

Kanye isn’t the same old Kanye anymore. Kanye’s been doing a lot of thinking lately, and his words of wisdom might set you on a nobler path, before you start imagining what life with your crush might be like and get too full of yourself.

Remember when you didn’t match with them? Relive that painful setback, and scroll through all the 4s you did match with to keep yourself in check.

3. Talk to a COL or Philosophy student about literally anything.

If you’re looking to get condescended to, look no further than the COL library. You’ll forget all about your crush and start to wonder why you don’t know more about Plato’s Republic.

You’ve talked the big talk, now before you get ahead of yourself, remember all of your attempts to actually *interact* with your crush. It didn’t go so well, did it? Maybe it’ll be better this time, but if it’s not, at least you have modesty as a virtue.

BROOKLYN, NY — Uh oh, guys. The “F” word. Feminism. It sure is a lot to live up to! With as many diverse women as there are opinions on feminism, there’s no such thing as a perfect feminist. Luckily, with these simple tips, you can convince people otherwise, and carry yourself as the One True Holder of Feminist Knowledge. Feminism means women should be able to do whatever they want, so why wouldn’t that apply to you and no one else?

If you don’t have a pink laptop sticker with a generic “feminist” phrase, you can’t lord your opinions over everyone else in your FGSS class. Them’s just the rules.

2. Refuse to take criticism for your personal actions, maybe throwing in a phrase like “Women should support other women” for good measure.

Being a woman is tough, which is why you get to be the victim, always.

3. Don’t bother to learn the difference between tokenism and representation.

It’s totally not weird to ask your one black friend to open for your show on Saturday. It’ll be super great, there will be so many (white) women there!

4. Negate other forms of marginalization because you’re too busy listening to “Melodrama” on Spotify.

If someone asks you about the historic relationship between white women and men of color, just bob your head to Lorde’s soothing croons. She definitely had the biggest snub in Grammy history.

5. Invest in a nice mirror, because it’s the only form of self-reflection you’ll ever get.

MIDDLETOWN, CT — A common problem indie bands face is toeing the line between artistic integrity and commercial success. How do you make sure that your experimental jazz trio doesn’t become a filthy sell-out? Rest assured, The Groundhog is here to help you form a band so unpopular you never have to worry about the burdens of success.

It is recommended, but not mandatory, that at least one of those genres be “neo-soul,” “noise,” or “post-progressive.” Bonus points if you’re clearly appropriating.

2. Make sure at least one, if not all of your members are from New York.

What’s more important than actually being from New York is mentioning New York a lot. Never admit that you’re actually from a bougie suburb — only bring up Brooklyn, or when in doubt, just say “the city.” This technique also applies to the Bay Area.

Nothing says cool, carefree, and trust-funded like a bandana.

4. Write all of your songs about your ex.

Be sure to include graphic details that no one cares to know. Art is about expressing YOU, not about worrying what will trigger your audience’s gag reflex. Besides, therapy is expensive, and so are those tickets to Bermuda you wasted, Todd.

5. The more guitars, the better.

Most bands have one guitarist. The best bands obviously have two guitarists, because that’s the coolest instrument, right? Go above and beyond and include three guitarists for good measure. It’s the only way to stay authentic and keep the fairweather fans at bay.

Go forth, and with this advice, create the most original indie band of all time. 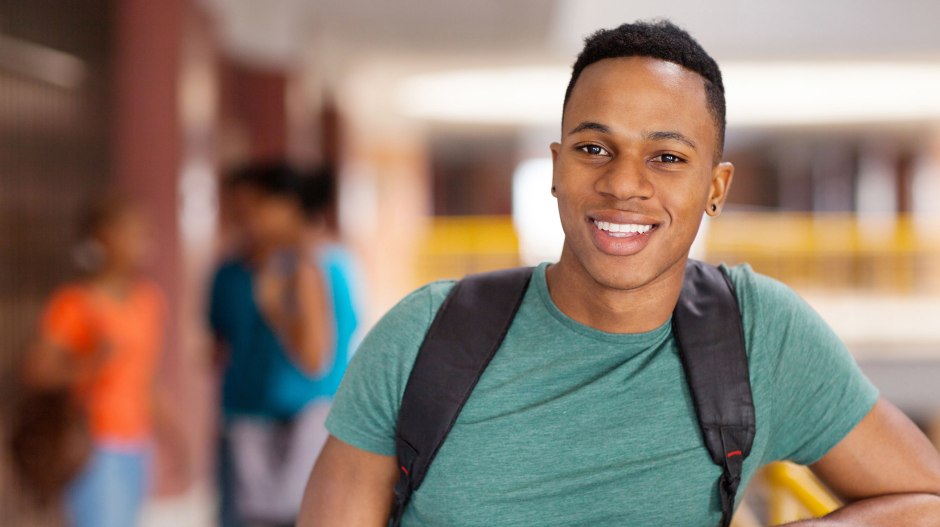 MIDDLETOWN, CT — After a chaotic fall, things have been progressing steadily for sophomore Alton Nickels, who has learned to sideline their hopes and dreams.

“Once I gave up on raising my GPA, participating fully in extracurriculars, and maintaining a social life, I began to feel a sense of peace,” Nickels said.

The beginning of spring semester can be a hectic time for students, with internship deadlines, changing social landscapes, and dreary weather to boot. Nickels no longer worries about the little things —or the big things— because they’ve learned to accept mediocrity.

“I definitely recommend that everyone else lower their standards, too,” Nickels affirmed. “They’d be happier, and also maybe then I’d get laid.”

The Groundhog
Blog at WordPress.com.